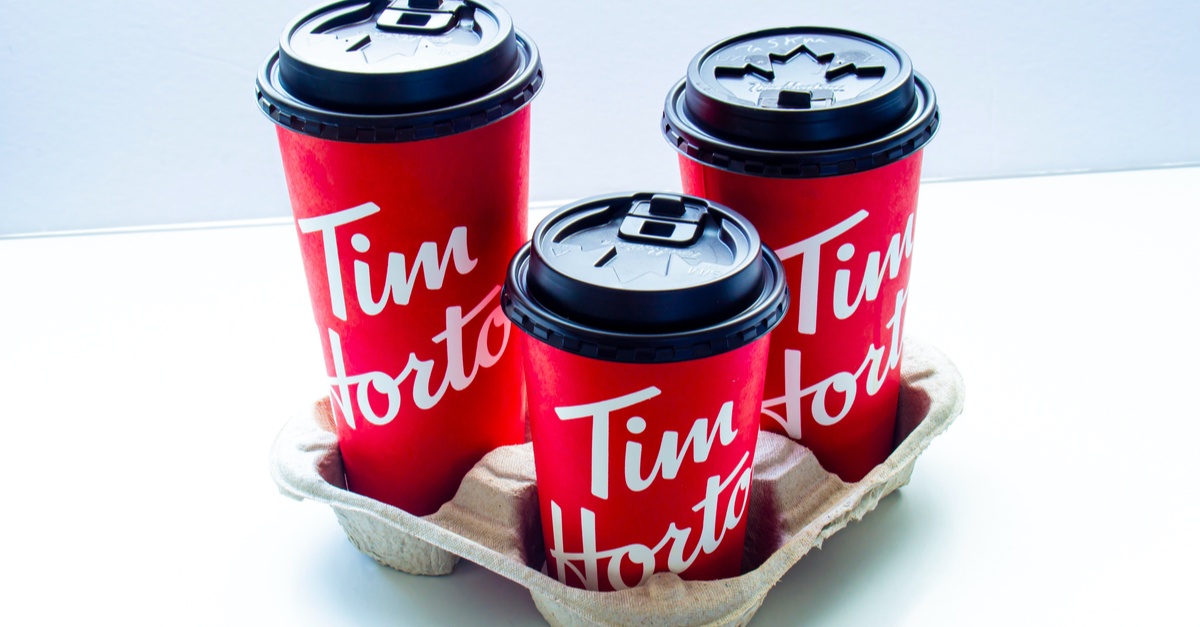 This week, we take a step back from educational real estate posts. Ryan writes a personal story about how something seemingly small like a new Tim Hortons near me influences real estate prices.

In 1998, I moved from Guelph to the Roncesvalles neighbourhood in Toronto. We called our little upper apartment  on Callander St “Roncesvalles”. This isnbecause it sounded sexier than what it really was- Parkdale. There was definitely no Tim Hortons near me, it was only a run down Coffee Time. Which in retrospect, was quite likely a front for something else!

From seedy to swanky

For decades, Parkdale was a rough spot. Full of seedy bars, drugs and crime. A lot of low income high and low-rise apartments. This included a half way house almost across the street from my friend and I.

For perspective, a lady who lived there would pace up and down the street all day and night. She’d be smoking what seemed like an entire pack per ten minutes. She’d see me and yell out “Eric!!!” every time, even though I assured her I wasn’t Eric. She didn’t seem to care.

On Roncesvalles Ave it was full of mom and pop shops, many of them Polish bakeries or delis. The closest Starbucks or Tim Hortons near me was probably a 30 minute walk in any direction. There was an LCBO and Beer Store, but even those were outdated 1970’s layouts. And that was OK, because Roncesvalles had it’s own independent coffee shops, like Cherry Bomb. Beth used to love the biscotti there.

Roncesvalles was a neighbourhood that tried hard to keep it’s little town of it’s own very insular. They were ok without a major coffee shop or big box store. It reminds me very much of the Exhibition Park neighbourhood in Guelph today.

But this would soon change.

One weekend morning in 2004, Beth and I were on a walk to the Dundas West subway station. As we walked north on Roncesvalles to where it meets Dundas St, in what was formerly a Bank of Montreal, I stopped.

In the window was a Starbucks logo with “coming soon”.

Unsure of whether I was about to explode with glee or crumble in disappointment, I realized it was going to happen. A neighbourhood who resisted gentrification for so many years was going to be gentrified, whether they liked it or not.

The relationship between coffee, gentrification and home prices

By 2007, there was still no Tim Hortons near me. But there was a thriving Starbucks and young families moving into the neighbourhood. Beth and I moved into our first home, a 690 sf condo on Sorauren Ave. We had purchased it in 2005 and waited for it to be built. It was almost as if Starbucks knew we – and 100 other young people- were coming.

There have been many studies over the years about how companies like Tim Hortons and Starbucks use extensive demographic data. Big companies use this information to better understand their clientele and where they’re coming from. They also look in existing neighbourhoods to figure out who is serving the local area. Other considerations include data on how they get there (walk, drive, transit), average incomes and ages. It’s how they can almost pick the next up and coming area years before it happens.

An article published by the Washington Post in 2018 outlines that when Starbucks and florists move into a neighbourhood, prices go up.

Reporter Andrew van Dam of the Washington Post writes “There’s no chicken-or-egg dilemma here. A new Starbucks strongly predicted a jump in home prices, but rising home prices didn’t strongly predict where Starbucks is going to open a new location, according to their analysis, released in a new working paper from the National Bureau of Economic Research. Starbucks doesn’t follow the gentrifiers, it paves the way for them.

In this specific study, a Starbucks in your neighbourhood automatically added an average of 0.54% to your property value. Now this was an American Study, but I suspect if there was a Tim Hortons near me during that time, it would see the same impact. In that same study, laundromats and barbers added the greatest average home price increase of 1.16% and 1.04% respectively.

In another article written by The Guardian in 2015, they describe a situation that very clearly articulates our experience in Toronto:

Starbucks, say Zillow chief executive Spencer Rascoff and chief economist Stan Humphries write that Starbucks fuels gentrification and is responsible for higher housing prices. Overlaying a map of Starbucks locations with Zillow’s database of 110m homes, the two found that over the span of 17 years US homes appreciated 65% on average, going from $102,000 in 1997 to $168,000 in 2014.

“Whatever the reason – because they genuinely like drinking coffee, or because they see Starbucks as a proxy for gentrification – it seems pretty clear that people are paying a premium for homes near Starbucks. And furthermore, it looks like Starbucks is driving the increase in home values.”

But a Starbucks, florist or Tim Hortons near me isn’t always welcomed

Just because they open a Starbucks or Tim Hortons near me in an underserved area doesn’t mean everyone appreciates it. The local residents need to actually consume the product or the store will shut down. Don’t get me wrong: I also prefer mom and pop coffee, but there’s rarely enough room for both unless they’re clearly differentiated. The big guys have the unfair advantage of endless funding.

Tim Hortons takes somewhat of a calculated risk that the residents of an underserved market will appreciate them. They’ll stop going to their local independent and switch, potentially fighting their moral compass. This is even more difficult for Starbucks, with their premium American branding.

In an article published by the Ottawa Citizen in 2019, Glebe BIA Executive Director Richard Peck said it’s brought to the neighbourhood “a value proposition that didn’t exist before – in addition to shopping and dining, there’s now a huge entertainment piece.”

Peck goes on to say further “I’ve seen the same discussion happen not just on main streets, but even in small towns” said Peck. “Let’s say a Tim Hortons opens up. It’s like ‘Oh my God, we’re losing the flavour of the community.’ And then they realize that the small business and the bigger businesses can coexist, and that … often, in some cases, they actually draw additional traffic.”

And, in retrospect it happened

It wasn’t until about 2008 that the Roncesvalles neighbourhood really started to turn over. Young families moved in, stores started to become a little more upscale and big box. Gabby’s restaurant moved in, higher end restaurants moved in, Sobeys opened up a “pop up” grocery store (another term for “let’s see how this goes”).

In mid 2008 we moved away from Toronto to Guelph. We sold our tiny condo in Toronto and used the funds to buy a detached house in Guelph. But those were different times and there were far more houses for sale in Guelph than today. This means lower prices.

Periodically, I would be back in the Roncesvalles neighbourhood. And as you would have guessed: a Tim Hortons moved in, just across the street from where we lived. I would have finally had a Tim Hortons near me for those late night coffee urges.

There are additional challenges that come with gentrification. Newer bigger businesses can afford higher rent, which landlords are well aware of. Let’s say a landlord has been generating less than market rent due to a low demand area. They then realize rent has doubled in some neighbouring businesses, so they’re going to increase their rent. And some (many) small businesses can’t afford that. Indirectly, but likely also strategically these big business are driving out the small business.

It’s hard to fault a landlord who may need the money and is sitting on an asset that someone wants. Being a landlord is not an easy task. But what’s the neighbourhood price of having a Starbucks or Tim Hortons near me? Hard to say. It could have long term implications of the area.

The Roncesvalles of 2008 that we knew is not anything even close to the Roncesvalles of today. It was “up and coming” then, it’s one of the city’s most desired locations now. If only we had held onto that condo!

Getting ahead of this trend

Could we see this gentrification coming before it happened? In retrospect, it was easy to see that Starbucks had clearly done some study work. They were able to determine that the demographic of the area was changing. It was genius really, but we didn’t see it.

Was it luck? Possibly. Starbucks also knew that clientele from its other locations in High Park or Little Italy were coming from the Roncesvalles area. They surely have a methodology for understanding an underserved area. The location they chose was also very prominent. It was at the tip of a busy three point intersection, with transit and foot traffic all around it.

So, Starbucks or a Tim Hortons found an area that was a little rough and tumble and turned it around? Why can’t the general public just be more savvy and do it before them? It’s possible your local real estate agent just didn’t see it coming, like Tim Hortons or Starbucks did. There are still options in Guelph today for this to happen, you just need to know where to look.

If you’re looking for a house in Guelph, give us a call. We’re Guelph real estate agents who know the market well, producing regular real estate blogs and videos to help clients better understand the market.

previousBuying a townhouse? Here’s what you need to know (2022)
nextCostco Guelph and the other best things to do in Guelph Ontario

Power of Sale vs Foreclosure: what’s the difference?

Today we look at Power of Sale and Foreclosure. They’ll both commonly referred to but are very different. Unfortunately these are terms that are becoming more common in local real estate as interest rates rise....
Read more
2 weeks ago

As part of our commitment to our community as Guelph Realtors, we’ve compiled a series of directories as guides to people looking for local products and services, including Guelph hair salons! This list is  part...
Read more
3 weeks ago

Buying Guelph student rental properties: Where to start and how to make a good investment

This article is intended to help students and parents who are searching for Guelph student rentals to purchase. Over the past few years (especially 2022), students have had a difficult time finding accommodation. In fact,...
Read more