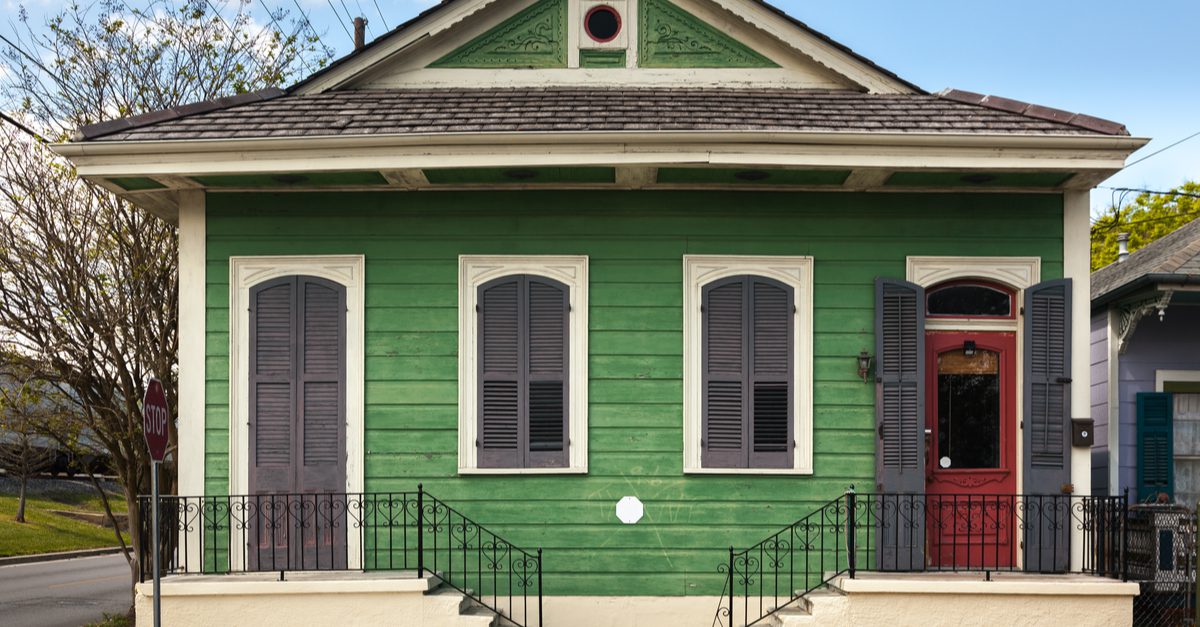 One question clients ask a lot is “what is a duplex?”. The term duplex can be confusing because it’s also synonymous with rental apartment, legal apartment and accessory apartment. However, it’s not the same as a semi-detached home.

Let’s look into it a bit further.

What is a duplex?

In the simplest terms, a duplex is a multi-family home that has two units in one building. These units can be side-by-side (horizontally) or stacked on top of each other (vertically).

A key distinction here: a duplex has one owner.

Because there are two units in a single home, duplex buildings also have a separate entrance for each unit. Each tenant has their own entrance. They can go about their day to day without interfering or going through the other unit.

A very common example of a duplex is a bungalow. Most 1950’s style detached bungalows have a side door entrance. Over the years, these were ideal for creating two different units. As a result, there are different living spaces in one home: one upstairs and one downstairs. These two separate units are typically similar in size.

If family lives in the basement, is that a duplex?

That depends. Does the family just sleep in the basement and share the rest of the house with you? If so, that’s not a duplex.

Does the family have their own kitchen, bathroom and is treated as a totally separate dwelling? If so, than yes, this is a duplex.

Often times, people will refer to a duplex as a granny suite or accessory apartment or legal apartment. The reality is that what you call it doesn’t matter: if it’s two separate units, it’s a duplex.

What’s the difference between a duplex and a semi-detached home?

Semi detached homes (also known as “semi’s”) are two distinct homes with separate owners and lots connected through one common wall. They are built side-by-side to each other.

Compare that to a duplex which is a property on a single lot with two distinct living spaces and one owner. Duplexes are typically used by investors or someone who is renting out a portion of the home. Because they have one owner and two units, one unit must be rented and cannot be sold.

Can anyone just create a duplex in their home?

In years gone by when municipal and provincial bylaws and building codes were not as advanced, yet. However, not today. At least not legally anyways (related: see house hacking)

Creating two units in a home is not about putting up drywall and installing an extra stove and fridge. It’s about safety, building code and planning.

Within Guelph, a university town, this may be of particular interest. In areas around the University, many homeowners were “creative” in their approach to University of Guelph student housing. As Realtors, it isn’t uncommon to see a house that has 6 or 7 bedrooms in two units that would clearly be deemed illegal and a major safety hazard. Not to mention that should a fire happen in a house like that, the owners home insurance is likely going to refuse any claim. It’s a dangerous venture for all parties involved.

In any case, the City of Guelph Building Dept should be consulted before any secondary units are added to a home. Jesse and his brother personally created a legal basement apartment in a home they live in and created a very popular blog post about the process. The process is referred to as house hacking

What is a legal non-conforming duplex?

A legal non-conforming duplex occurs when the use of one’s land, building or structure is not permitted by the current zoning by-law. However, it was permitted by a previous by-law when the secondary unit was created.

As an example: a house built in the 1920’s was divided into an upper and lower unit in the 1960’s. It has two kitchens and a shared entryway at the front of the house. It’s been a rental property for 60 years now.

However, this property would never pass current by-law or building code. There’s no real division between the units except a wooden door. The upper unit has only one way out in case of a fire: the front door.

In this case, the unit was suitable for two units in 1964 and approved then. If the new buyer continues to use the property in the same fashion as it is now, it will be “legal non confirming” and permitted. This is also often referred to as “grandfathered”.

There are some notables here: if the current owner changes the layout of the legal non-conforming unit, they nullify the status. It must remain as is.

Also, it’s wise to get confirmation from the municipality that it’s actually legal non-conforming. Chances are that the seller wasn’t around in 1964 to create the duplex. A paper trail from City approvals at the time, or a current approval that it’s legal non-confirming is very helpful.

What is a triplex?

As you probably guess, a triplex is a 3 unit home owned by the same owner. However, they are far less common than a duplex.

A triplex will consist of three individual units combined into one building, with tenants typically share one or two common walls. Each unit of a triplex is self-sufficient, meaning each dwelling space has its own respective kitchen, bathroom(s), living room. However as mentioned above, we’ve seen some funky non-conforming uses that don’t always have these things.

Like duplexes, triplexes usually have a separate door to the outside, and its own address or unit number.

Within Guelph, a triplex or larger (unlessed deemed legal non confirming) are not permitted in residential zones. Of course, an application can be made for an exception but this is a general rule.

If you’re considering a duplex as an option for yourself, here are a few considerations:

Pros to owning a duplex

You could qualify for a larger mortgage, because lenders may take the potential income from the rental unit into consideration. 50% of the rental income generated is usually factored into the qualification.

You get into the market In a market where the average price of a house in Guelph has increased over $150,000 in a single year, a duplex gets you in. Is it your forever home? Not likely, but you’re paying off a mortgage.

Long term benefits: so it’s not your long term home, but it could provide long term benefits. Think of a duplex as a 3-5 year plan: build some equity, pay down the mortgage and then move to the next phase. And if you can, keep that duplex and rent out both units. Retirement funds have never been so easy!

More cash in your pocket. With rental rates in Southern Ontario rising with the price of houses, you’ll likely never see a vacancy. This means a constant mortgage helper for you, while you save your money for something else.

Tax benefits. There are also tax benefits related to the rental portion of the property, including mortgage interest, repair, utility and insurance costs. Talk to your accountant about this!

Becoming a landlord. If you think you might want a real estate investment in the long term, a duplex can be a great crash course in how to become a landlord. Beth, Ryan and Jesse are all landlords and can help you with the ins and outs!

Cons to owning a duplex:

Becoming a landlord. Just as it could be a pro, it’s also a con. Being a landlord is not for everyone. You need to understand the landlord-tenant laws, be comfortable with the Ontario Standard Lease and be able to screen tenants. There are services that do this for you, but personally we like to know the tenant we’re renting to personally.

Repairs: Depending on the age and condition of the duplex, you may be considering an older home. need to do repairs. Make sure you have the funds to do the repairs, and do them proactively! Delaying repairs could literally impact your portion of the duplex and impact you personally.

Limited locations. As mentioned, duplexes are not that common. There are certain Guelph neighbourhoods that will have none. You likely want the advice of a Guelph real estate agent to help you. They know neighbourhoods based on realtor maps– some areas are better than others!

Appreciation and demand is lower for duplexes. Not everyone wants a duplex as their first home. If it’s centrally located, it could be a great option but expect them to stay on the market longer than the average home.

Is a duplex a good investment?

There’s no right answer here. It all depends on what you plan to do with it. But first things first: will you live in one unit and rent the other? Or do you want to buy an investment property in Guelph and rent both units? This should be the first step.

Buying for yourself? Live in one unit and rent the other, this could be a great investment. If the property costs $3000 a month to own and the other unit is renting for $1800, you’re getting more than 50% of your monthly costs covered!

If you’re buying a duplex as an investment property, there is a little more homework to do. Firstly, you should ensure that it’s a legal duplex and not two units that are illegal. The difference between legal and illegal is that the municipality has inspected and approved the property as a two unit home.

Next, you should determine whether the property will be cashflow positive at the price you pay for it. “Cashflow positive” means that the rent you’ll earn is sufficient to cover all the costs of owning it month to month.

The key here is to be honest with yourself and include ALL the expenses of ownership. This could be: mortgage, insurance, repairs, taxes, potential vacancy, condo fees and utilities (where applicable). Also be honest about how much you could rent it for.

Remember: All your spreadsheet calculations are useless if you can’t get the rent you need.

Where do I find duplexes in Guelph?

They’re all around town. You’re going to find a large number of them around the Old University neighbourhood, as it caters to students. Conveniently located between downtown and the University of Guelph campus, Old University is highly populated with rentals.

Any area of Guelph that had homes built between 1950-1975 is a prime candidate for a duplex as these were predominately bungalow built homes with an upper and lower level. Often times they had a side entrance, making them easy conversions to two units.

Beth, Ryan and Jesse, Guelph Realtors have all owned rental properties and can guide you in the right direction!

Buy and sell: Is now the right time for Guelph real estate?

Those who are actively deciding whether to buy and sell Guelph real estate should pay attention. Those who casually (or obsessively!) browse MLS listings have likely noticed one thing: volatility. It hasn’t been a buyers...
Read more
4 weeks ago

As part of our commitment to our supporting local as Guelph Realtors, we’ve compiled a series of directories as guides to people looking for local products and services, including Guelph restaurants! This Top 5 is...
Read more
1 month ago

Guelph landscaping ideas- is it important when selling your home?

We get asked this a lot: How important is landscaping? In this blog we’ll talk about 10 things to consider, as well as costs and potential payoffs if you’re landscaping in Guelph. With the average...
Read more