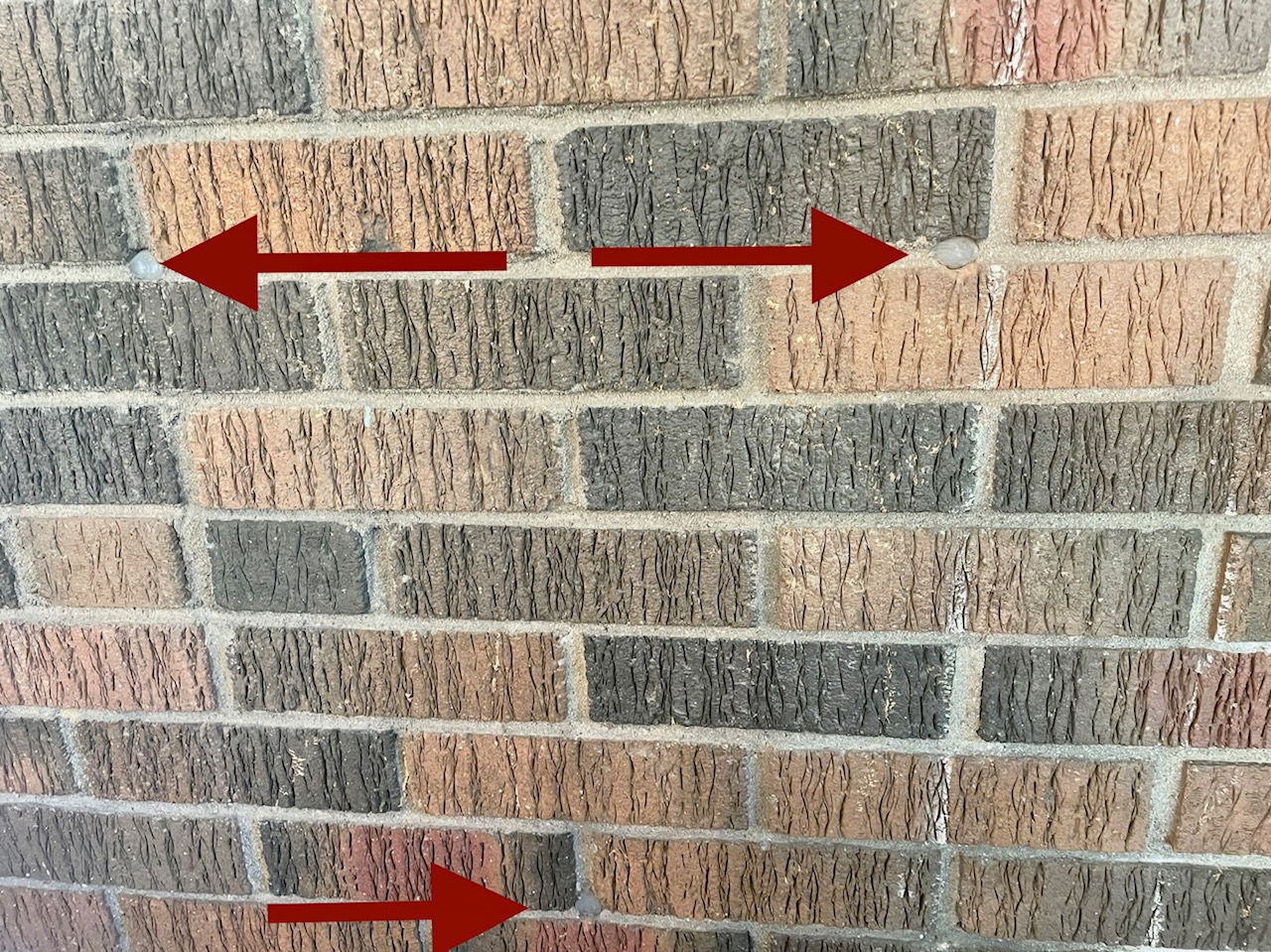 For optimal energy efficiency, you should insulate your home from the roof down to its foundation. In the days before proper insulation, UFFI (urea formaldehyde foam insulation) is thought to be the answer to a drafty old home. Or maybe not.

Minimum insulation has been done for years

Home builders will generally build a home with the minimum amount of insulation required to pass building code. But in the old days, century homes are often double brick because proper batt and spray insulation didn’t exist.

In more modern homes, your home may meet minimum requirement when built. However, because Building Code is always changing it does not mean it is up to current code. Building code changes over time and minimum insulation requirements has been something that increases over time.

100 years ago, there was no building code. So, outside of double brick, they used anything they could find to insulate between the bricks and the interior plaster. This could be broken brick, glass bottles, newspaper and horse hair. Basically, anything laying around that would keep warm air in the home.

And so there was a need for UFFI.

Because you can’t tell what’s behind walls and in the attic, you can assume there is an empty wall cavity in old homes.

What is UFFI and is it dangerous?

This is a debate that spans generations.

UFFI (urea formaldehyde foam insulation) is a product of the 1950s. It offered a better way of insulating those gaps inside walls that were difficult to reach. Most UFFI installations occurred between 1977 and 1980 and all happened from the EXTERIOR.

The Canadian Government was offering incentives to home owners to have UFFI blown in. Once blown in from the exterior, it expanded and offered a layer of insulation.

As a result, in 1980 the Canadian Government put a ban on UFFI injections. The greatest health risk is in the first few days after installation, when formaldehyde gas is released.

Their concerns may be exaggarated. Urea formaldehyde foam insulation hasn’t been used in years, and the toxins in any existing product are much weaker now than at the time of installation.

Today, houses with UFFI show no higher formaldehyde levels than those without it, Canada Housing and Mortgage Corp. says.

How do I know if my house has UFFI?

You don’t need to be a home inspector to determine if your house has UFFI- it’s there are a few pretty obvious indicators.

As previously mentioned, prior to proper insulation the only insulation a century home had was potentially two layers (double) of brick. Contractors would spray UFFI into this cavity. As technology advances, better insulation is available.

Further, UFFI was banned in Canada in 1980. This means that any home built after this time definitely does not have UFFI in it.

You can see little holes on the exterior mortar joints

One of the easiest ways to tell if you have UFFI in your home is to walk around the exterior. Do you see little holes like the ones in the main picture filled with silicone?

Now, these holes should follow a pattern throughout the brick wall. However, because of different budgets of homeowners, some owners chose to do UFFI on certain walls only, or up to a certain height on a wall.

You should still disclose UFFI

Despite the fact that UFFI has been banned as insulation in Canada since 1980 via the Hazardous Products Act, it still should be disclosed to potential buyers. There is significant debate as to whether UFFI is even relevant 40 year later.

Ensure you ask your Realtor if a home you’re considering has UFFI.

Newer Realtors who may not have been born in the 1970’s obviously have no exposure or experience to UFFI. Therefore, they are less sensitive to it or the impacts of it (which we outline below).

Older Realtors who lived through the period of time remember that UFFI was still a major discussion point. In their minds, UFFI likely still has a stigma to it.

So, is it actually important to disclose UFFI? Like any other material that was present in older homes (knob and tube wiring, asbestos, galvanized steel and more), it’s worth knowing about UFFI. However, it shouldn’t be a deal breaker anymore.

Can I get a mortgage and home insurance if I have UFFI in my house?

In short, there are still mortgage lenders and insurance companies that refuse to support houses that have UFFI. It does seem unbelievable that a product that has not been in the market for over 40 years can cause these issues.

After the initial UFFI ban and for some years later, lending institutions, insurance companies, and the Canadian Mortgage and Housing Corporation (CMHC) required a UFFI disclosure prior to a homeowner getting a mortgage, supplying insurance, or getting mortgage insurance.

In fact, even in current day Purchase and Sale Agreements between buyers and sellers, there is a UFFI clause (clause 23 in the Ontario Purchase and Sale). This clause indicates that the seller is claiming that they don’t know anything about UFFI insulation at the property.

Since 1993, the CMHC does not require a UFFI disclosure for mortgage insurance. Most lending institutions also no longer perceive there to be a great risk with lending money for a home with UFFI.

Although most home insurance companies have recently provided coverage for homes with UFFI, it is best to check with the company prior to purchase to be sure.

This is why having an informed Guelph Realtor on your side is important. They will inform you of all the pros and cons of buying a house with UFFI, including whether it will impact future resale.

Our own home has UFFI and we purchased the home in 2008. At the time, the house was on the market for 60 days and our Realtor speculated that part of the reason was that the house had UFFI. However, the house also had an oil furnace, galvanized steel plumbing, knob and tube wiring throughout the house, a tiny (really tiny!) kitchen and more. So we’re not sure UFFI was ever a determining factor.

In todays market, it’s worth knowing that your home has UFFI. However, the discount (if any) for a house that has UFFI should be 1-2% and not more.

In short, any UFFI danger that did exist is long gone.

Formaldehyde gas is harmless in small doses and in fact you’ll find it today in plywood, carpet, tobacco smoke, and furnace and car exhaust.

With UFFI, over-exposure to formaldehyde gas during the curing period can cause eye irritation, respiratory problems, nausea and headaches. When properly installed UFFI poses no health threat- and remember, this has not been a UFFI install since 1980!

Additionally, after the ban in 1980, there were numerous studies indicating that there was no clear evidence that UFFI was the cause of high rates of formaldehyde gas in homes.

So far, there is no medical evidence specifically linking UFFI to a health complaint.

If you are concerned about it, you can still test for UFFI gas by an environmental company in the area. If anything, it’s most likely that the foam has dissolved in many cases and is now at the base of the wall.

Ensuring your home have proper insulation is very important. Not only does it save you money on your monthly heating/cooling costs, it also helps prevent other repair expenses.

If you’re considering buying a home with UFFI, in our opinion it’s good to know if the home has it. However, it should not be a deciding factor on whether to purchase the home. Those days are behind us.

The Beth & Ryan team is always happy to answer any questions you may have. If you’re looking for Guelph Realtors, they should be your first call!

RELATED: This post is part of a series of 16 things you should consider when buying an old house. Click here to read the full series.

As part of our commitment to our community as Guelph Realtors, we’ve compiled a series of directories as guides to people looking for local products and services, including Guelph hair salons! This list is  part...
Read more
3 weeks ago

Buying Guelph student rental properties: Where to start and how to make a good investment

This article is intended to help students and parents who are searching for Guelph student rentals to purchase. Over the past few years (especially 2022), students have had a difficult time finding accommodation. In fact,...
Read more
4 weeks ago

Termites in Guelph- should you be worried?

“My house is infested with termites” is something you never want to have to say. Thankfully, termites in Guelph are well monitored. This blog will take you through some of things you should know, look...
Read more